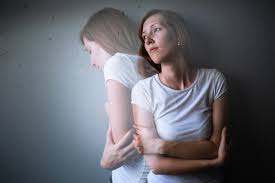 In 1990, Congress established the first week in October as Mental Illness Awareness Week. Each year, millions of Americans live with mental health conditions. Mental illness affects almost every person, either directly or indirectly. How many of us have experienced mental illness ourselves or know friends or loved ones who have suffered? I am guessing most of us are nodding our heads as we read this. And yet, the stigma surrounding mental illness is often ever greater than that surrounding alcohol and substance use disorder.

Dual Diagnosis is a term describing a person who experiences both a mental illness and a substance use disorder at the same time. Recently, the terminology in the mental health community has changed to co-occurring disorders and either disorder can develop first.

In 2014 a national survey on drug use stated that nearly 8 million people in the US suffer from co-occurring disorders. The best treatment for dual diagnosis is when a person receives what is called integrated intervention — treatment for both the mental illness and the substance use disorder. Many years ago, hospitals would tell clients that they couldn’t address the mental illness until the patient stopped using substances. Usually, that meant that treatment never occurred because most could not stop using substances while still suffering from the mental health issues. The substance use was self-medication for the demons in their heads.

While treatment is not identical for each patient, there are some common parts to a treatment program. These include Physical Detoxification, Inpatient Treatment, Sober Living, Therapy, Medication and Recovery Self-Help Groups.

While it may be difficult to maintain abstinence while dealing with mental illness, it is necessary to begin the process with a thorough detoxification. If a patient is significantly compromised, it is hard for him or her to concentrate on the tools being offered to assist with both parts of the disorder. If a client is severely impaired it is preferred to use an inpatient detoxification process. It will be more effective and safer, as non-medical detoxification, especially from alcohol or benzodiazepines can be dangerous and even deadly. Medical detox provides around the clock monitoring for as much as a week and often includes reducing amounts of medication to wean the patient from substance dependence.

When a person is suffering from both a mental illness and a significant substance use disorder it is often beneficial to follow detoxification with a period of inpatient treatment. In this way, the patient is able to receive both substance use and mental health care on a 24 hour basis. In a full service rehabilitation facility, the patient will receive therapy, recovery support and mental health medications to treat both the mental illness and the substance use disorder. In an inpatient facility, a client will be taught a critical truth….that taking mental health medication as prescribed by a doctor does NOT constitute a relapse, as members of some 12 step programs have opined. A period of controlled lifestyle can be the patient’s best chance at continued recovery.

Following a period of inpatient treatment it is recommended that a patient reside in a partially controlled environment, such as a sober-living house. A good quality sober living facility will be a house where people who are newly sober and trying to avoid relapse feel safe to pursue ongoing recovery. Unfortunately, most states do not certify sober living homes.  Some are very above-board and others are flop houses solely for the collection of monthly rent.  It requires research to find an appropriate facility. Checking with rehabilitation facilities for recommendations or suggestions is often a great idea.

For patients who suffer from both a substance use disorder and a mental illness, therapy is an absolute necessity. While many 12 step programs claim that psychiatry and medication do not help with addiction that is not true for the addict who also has mental health issues. Most hospitals and rehabilitation facilities will suggest a recovery-oriented system of care which includes continuing outpatient therapy. That could be one-on-one sessions or might include group therapy. It might be weekly or several times a week. Having the opportunity to learn tools for recovery from both aspects of this illness will increase the likelihood of ongoing abstinence and recovery.

Many people who suffer from dual diagnoses feel ostracized in AA and NA meetings. They feel that the issues they have are not often welcome in discussion meetings. They hear the readings in the meetings and feel that they are somehow outside the flock.  But there are meetings available for those who specifically suffer from both a substance use disorder and a mental or emotional illness, whether or not they are taking medication.  In one of the readings, the following is stated:

There are many recovery programs that are supportive of those that suffer from Dual Diagnosis.  These include Dual Recovery Anonymous, Double Trouble and programs like SMART Recovery.  The social media recovery site, www.intherooms.com hosts three video meetings specifically focused on co-occurring disorders. They are held on Mondays at 9:00 pm eastern time, Thursdays at 7:00 pm eastern and Fridays at 5:00 pm eastern time. If you suffer from a co-occurring disorder, I encourage you to try one of these meetings.