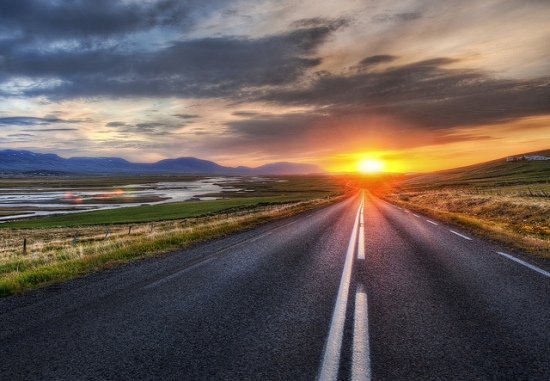 The Twelve Step recovery program is essentially a program for living, even if the person is not suffering from an addictive behavior. But there is a stigma associated with Twelve Step programs that make other people leery of considering implementing these steps in their lives.  If there was a way to let the world see that the steps can be used by everyone, perhaps others could use them and change the face of the world.

I believe I have probably missed at least a few, and there are one or two that I would like to create, like Jackasses Anonymous — but I digress.  The bigger point is that everyone can make use

of the Twelve Steps, even without a recognized addiction of any kind.  And yet, the stigma surrounding Twelve Step recovery programs keeps people from making good use of what is essentially a program for living.  And what is that stigma?  Those who have not dealt with the disease of addiction often still think this is a moral failing, rather than a mental/psychological issue which often results in serious physical consequences.  As a result, they often feel that use of the Twelve Step model is relegated to those who are not strong enough to live a good and proper life on their own.  If they were to even consider using the Twelve Step program, it would be an admission of a defect in their make-up.  But they are very wrong and we can help them to understand the value of following the Twelve Steps no matter who they are.

While being in the rooms of recovery over the years, I have heard many old-timers refer to a description of the Twelve Steps, originally coined by Dr. Bob Smith, which might be just what we need to attract the rest of the world to Twelve Step recovery.  At some point Dr. Bob said something to the effect that the Twelve Steps could be boiled down to a simple phrase:

object to a program like that?  So, how do we explain that simple phrase as a parallel to Twelve Step recovery to alleviate the stigma and give non-addicts a path to this simple program?

If taken to the extreme, any one of these things could make our lives unmanageable.  How many have suffered through jobs with bosses they hate because they need the job and have found their lives unraveling because of the anger or despair? Over the decades, how many parents have found it impossible to manage their lives with adolescents in the house, listening to odd music and dressing freakishly?  How many of us will drive 5 miles out of our way to keep moving and not sit in traffic? (c’mon, admit it).  Unmanageable lives do not have to be lived on the precipice.  They can just be frustrated.

Steps Two and Three together:  We believe that there is a power of some sort that is more powerful than we are and we stop trying to run everyone else’s lives.  Think about how much calmer life would be for EVERYONE, if we stopped trying to control everything and everyone around us.  What if we just stayed in our own hula hoops and worried about doing the next right thing ourselves, knowing that no matter how much we want to control others, we can’t?  We can’t talk our bosses into being reasonable.  We can’t talk our children into using common sense and we can’t throttle the person who slows down for tunnels or bridges.  When we let go of being in control, our lives get better.

The action steps, Four through Nine, are the initial process of “cleaning house”.  We look deep into ourselves to see what we have done wrong over the years.  We admit it to our Higher Power, ourselves and another person.  We acknowledge that we have character defects and we would give anything to have them removed from us.  We acknowledge that over the years we have harmed a few people and we want to make that right if we can and if “fixing” it won’t make it worse.

These steps ask us to take a hard look at who we are, how we got where we are and where we want to go from here.  Everyone can stand to look at their behaviors now and again, whether or not those behaviors are fueled by addiction.  No one among us is so pure that he or she has never wronged another person.  None of us are completely fearless.  How many of us could be better served by actually taking our actions and committing them to paper, so we can see what we have done that might have harmed another person?  (That was rhetorical.)

And why should the Catholics have a monopoly on confession? The idiom is that confession is good for the soul.  Idiomatic expressions arise out of truth.  Confessing what we have done wrong to another person lets those things see the light of day and takes away some of their power over us.  And which person or group of people has absolutely no character defects that they could address?  From where do we think the Seven Deadly Sins arose?  They certainly did not originate with the addicts.

And if we look at the harm we have done in our past, even if it is miniscule, we can do whatever is possible to make it right, so long as making it right doesn’t make it worse.   Cleaning house is never a pleasant task.  It takes a lot of work and it’s messy.  But when we are done, we feel relief and a sense of accomplishment.  What person would not want to have a clean slate?

Steps Ten, Eleven and Twelve are the maintenance steps that allow us to help others.  Once we have done an inventory, we NEVER want our house to be that dirty or cluttered again.  So we take the time to stay on top of it.  If we hurt someone, we apologize right away and ask what we can do to make it right.  We no long have to carry that stuff around with us, like excess luggage.

We pray and meditate, keeping close to our Higher Power so we don’t have to start at the beginning again.  And we try to teach these simple principles to others so they can feel as good as we do.  Who wouldn’t want to be able to help his fellow with just kindness, love and tolerance?

The Twelve Steps are truly a program for living that absolutely anybody could use to make their lives better.