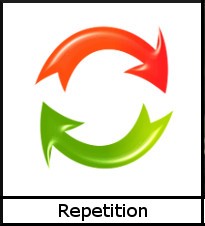 There is a  slogan in every 12 step recovery program (although it originated elsewhere) that says “Insanity is doing the same thing over and over, expecting a different result.”  Since most slogans have at least a morsel of truth in them, I thought it might be a good idea to look at this one.  This slogan seems to speak to complacency and vigilance.

Most of us can agree that addiction is either a disease or an affectation of the psyche.  Substance addictions can be physical as well as psychological and process addictions are clearly psychological.  Research shows that any habit can be broken.  The keys are to give ourselves time to break the habit and work to keep from relapsing into the addictive behavior.

We all know that it takes work to break a habit.    The psychological aspect of the addiction is effectively a habit.  Whether the habit is drugs, alcohol, sugar, gambling, sex, nicotine or another person…even biting your nails, there are steps that must be taken to break that habit. And breaking a habit takes time.  In fact, a study published in the European Journal of Social Psychology in 2009, found that some participants needed as much as 254 days to have the new behavior become automatic.[1]

Part of our problem, as I see it, is that we have been programmed to think that recovery takes much less time than that.   In fact, recovery happens in stages:    1) treatment/early recovery (first 90 days); 2) maintenance (to year 5); and              3) advanced recovery (ongoing one day at a time for the rest of our lives). If we have a short relapse, we can sometimes stay in maintenance.  However, when we relapse for a longer time or relapse repeatedly, very often we start over in early recovery again.

The biggest problems generally occur in that first 90 days.  That is when our disease has the greatest pull over us and we are most susceptible to the self-talk we commonly refer to as the insanity of the disease.  We might not yet be certain that we are addicted to our drug of choice.  We may consider conducting a little bit more “research”.  Each time we do this, we find ourselves in the same place.  In some cases, we don’t get “sober” long enough to officially relapse.  We tell ourselves that this time it will be different…we won’t go overboard…we will be in control.  And each time, we end up entrenched in our addiction.

As we have more time in recovery, the voices start to quiet and sometimes even stop entirely.  But even at many years in recovery, we must remain diligent, because we are still insane and we can succumb to that voice that says, “Maybe I’m not still addicted.  I can do this just once and I will be fine.” And most often, in short order, we are back in full relapse mode.

In the Big Book of Alcoholics Anonymous, there are several stories that exemplify this phenomenon. First is the story of the jaywalker, who repeatedly chooses to cross the road against the signal. At first, the injuries he suffers are comparatively minor — such as being tapped by a vehicle.  Still, he thinks this was a fluke and continues to jaywalk.  Now, he  is hit and breaks a leg.  And he continues because it couldn’t possibly happen again.  Next, he is hit full on and breaks his back…and still he returns, thinking this time he will get across the road without being hit. That is the example of the person still in early recovery, or maybe just contemplating recovery, when they still think they are in control of the situation.

The next two stories exemplify how we can be led into the insanity even with a great deal of time in recovery.  A gentleman is on a business trip and has been abstinent for quite some time.  He stops into a bar/restaurant for lunch and orders a sandwich and a glass of milk.  His insanity tells him that it would be okay to order a shot of liquor and put it in the milk.  After all, the milk will likely cut the intensity of the drink and the food he is eating will keep him from getting drunk.  Having had one such drink with no consequences, he orders another.  Within the next hours, he is completely incapacitated and wonders how this could have happened.

And finally, the young gentleman who drinks to the point of abuse and determines that he will stop then and there.  He is 35 and is involved in a business for which he has great responsibility.  He doesn’t pick up another drink for 30 years, and then he retires.  He takes a vacation to an island resort and decides to have one of those cute drinks with a little umbrella in it.  After all, he has been sober for 30 years.  Certainly, he is not an alcoholic any longer.  Within six months, he finds himself in a sanitarium.

And what does this tell us?  Once we are addicted to whatever the drug — alcohol, heroin, sugar, sex, gambling, another person — if we don’t focus on our recovery every day, the insanity is likely to return.  We cannot afford to be complacent.  When we start to say “I’ve got this,” that’s when we don’t have this.  Unless we are vigilant, we are susceptible to doing the same thing over and over, expecting a different result.